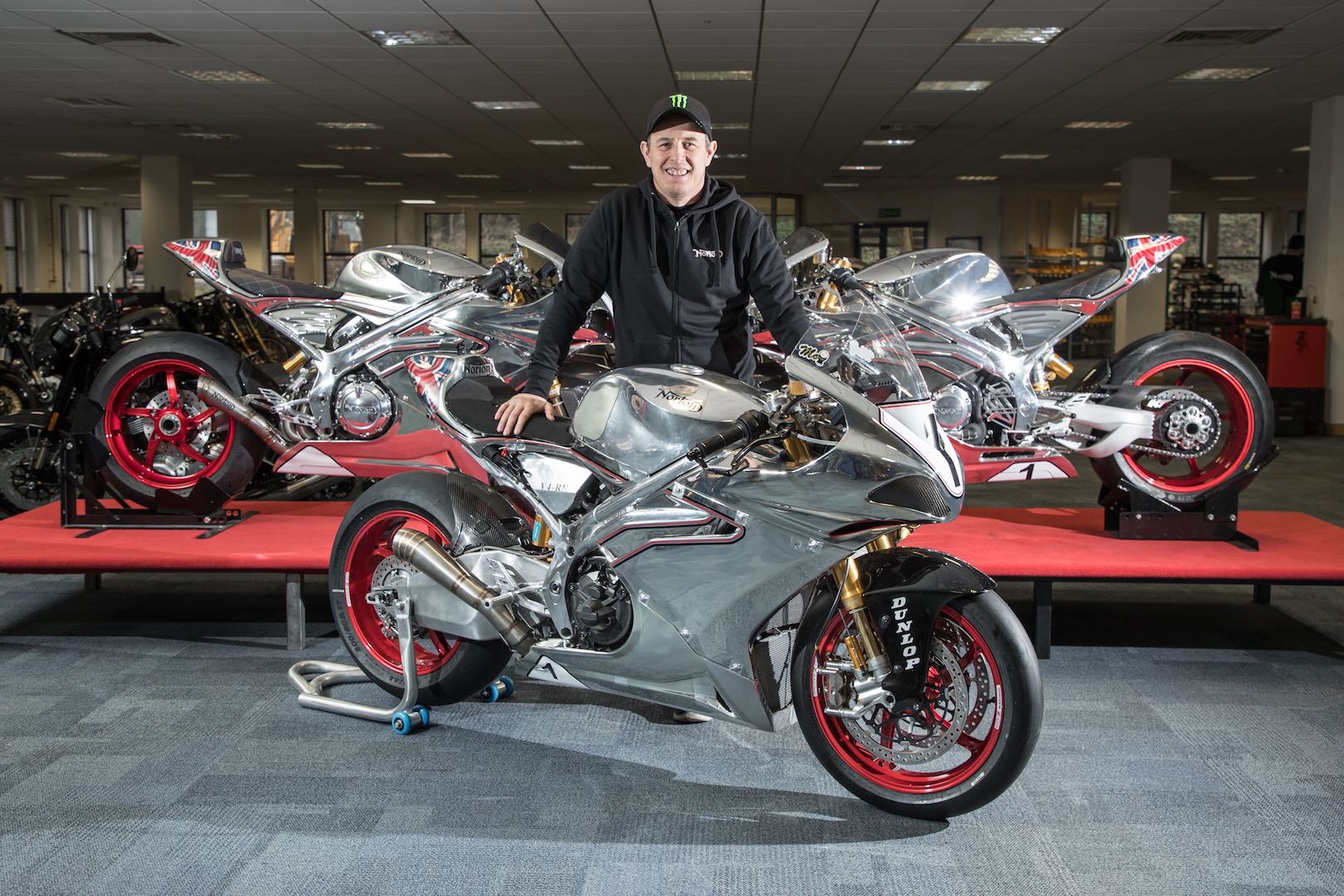 John McGuinness’ long awaited return to road racing is in turmoil after organisers behind the North West 200 have specified a rule break by his team, Norton.

Organisers of the event, which is due to be held May 12-18, have said that the Norton SG8 he had planned to ride was breaching regulations, by using a 1200cc engine. The regulation requires riders to not exceed 1000cc, so therefore the machine does not qualify.

The official statement by the organisers reads: “The organisers of the 2019 fonaCAB International North West 200 in association with Nicholl Oils received an entry from John McGuinness dated 7th February, 2019 to compete for the Norton team in the May 12-18 races. The entry specified the machine John was entered on for both Superbike races would have an engine capacity of 1000cc.
The entry was accepted on that basis and a recent announcement was made to the press that John would make his comeback to the North West 200 after a two year absence because of a leg injury sustained in 2017. The organisers were delighted at this prospect.
The organisers were subsequently informed on 26 March, 2019 by Norton that the engine capacity of the SG8 superbike they intend to race at the North West will be 1200cc.
It does not, therefore, meet the current Technical regulations for the NW200 superbike races and would not be eligible for competition at the event.
John McGuinness and Norton CEO, Stuart Garner, have both been informed of that situation. It is hoped that a solution can still be found to resolve this issue before May and that both John McGuinness and Norton will take part in the 90th anniversary event.”

The 23-time TT winner suffered serious injuries after a spill during the 2017 North West 200, when he was riding for Honda Racing.
He rode a tribute lap, on a Norton SG7 last year around the TT circuit, which he said “I’m knackered by that was just awesome”.