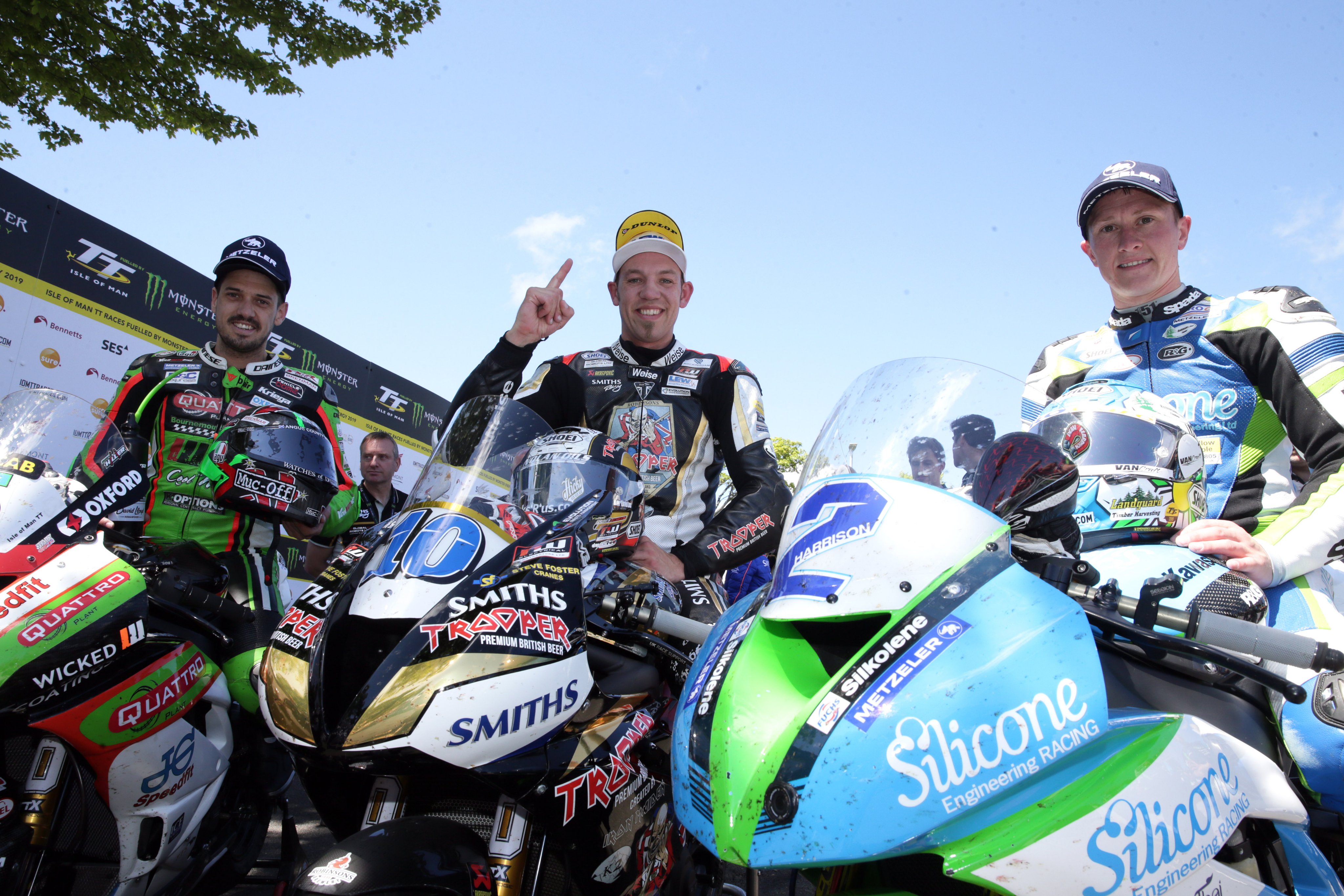 The Burton-upon-Trent rider took the victory after finishing 3.302 on his Triumph Daytona 675 ahead of second-placed Dean Harrison on the Silicone Engineering bike. In third was James Hillier on the Bournemouth Kawasaki machine who finished 4.554 seconds behind Harrison.

The race was shortened to 2 laps, after weather caused many delays earlier in the TT fortnight, meaning 5 races had to be fitted into an already tight schedule on Thursday.

The race started at 12:45pm with dry weather all around the island, however some damp spots still lingered at Laurel Bank, the Black Dub, Glen Helen, Kerromoar and Ramsey Hairpin. Hickman led the pack on lap 1 at the first timing point, Glen Helen by just 0.06 seconds over Hillier. Ian Hutchinson retired early into the race after pulling in at Quarterbridge, the first real corner of the circuit.

The run to Ballaugh saw Harrison taking the first place, leading Hillier then Hickman, separated by only half a second, however the Smiths rider took the lead back again at the Ramsey timing point.
Over the mountain, Hickman extended the lead to 2.3 seconds, with Harrison and Hillier keeping their positions.

Due to the shortened race, competitors didn’t require a pit stop, so the final lap was the only flying lap. Back in Glen Helen, Harrison had used the first sector to his advantage as he often does and re-took the lead by half a second.
Over the mountain, Hickman took the lead back from Harrison, and finished a whole 3.302 seconds ahead of Harrison.

2018 Manx Grand Prix winner, and The Peoples Bike rider Matt Stevenson reportedly crashed at Greeba Castle, he is currently in Nobles Hospital with 3 fractures to his wrist and is recovering from emergency surgery. It’s believed that he will make a full recovery however.

The final classification for the race is as follows: